Kabalore district is in hot soup after huge numbers of UPDF forces were deployed in the area based on intelligence reports indicating a planned attack on military installations.

Reports state that a local rebel group known as Kirumira Mutima is planning to attack military bases and installations within the district.

The same group has also been leaked to the Yira republic saga. Yira republic wants to break away from Uganda as an independent state of its own and has this has caused tensions in the region. 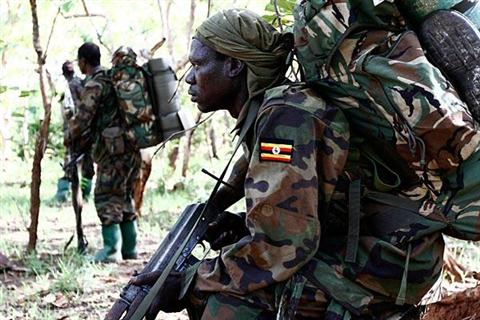 Based on Kfm’s report, Captain Author Timganya, the UPDF second division spokesperson said that they had information on the rebel groups plans and were beefing up security in Kabarole to protect national security and civilians from harm.

We aren’t sure of how this situation play out, but our prayers go out to our brothers and sisters within Kabarole district.

The magic hit maker, Winnie Nwagi is set to buzz her fans in South Africa late next month in a concert named “Musawo/Ndiwamululu”. She has expressed excitement about the gig as she was quoted saying “South Africa are you ready? Am coming down March 25th so mark your calendars.” Winnie said that the show will take place […]

Multiple sources confirm to E! News that Mila Kunis has given birth to her second child, a baby boy, with Ashton Kutcher. The famous couple welcomed their son into the world on November 30. They still have not released his name. Mila’s rep also confirmed the exciting arrival to E! News. Good news for the Ashton […]

Samuel Eto is having a bad day as the Cameroonian footballer faces a 10 year jail sentence due to fraud charges amounting to about 14.3 million Euros which he also supposed to pay based on a court filing revealed Thursday. The charges against Eto come in full as he is suspected for setting up font […]

One thought on “Kabarole In Deep Soup: Increased Presence of UPDF Forces Citied”