MTN has done it again, and this time around the company has introduced Kola Reverse, an option that allows to you reverse mobile money transactions sent to a wrong number. The new feature was unveiled today via their socials.

I believe many of us who use mobile money services in Africa have on one or more occasions found ourselves in a jam when we realise that we have sent money to a wrong number and find ourselves in panic mode wondering how we are going to recover it back.

Well, MTN has listened to all your concerns and has now launched its new service, Kola Reverse meant to deal with such scenarios without the need of calling customer care in panic wondering if they will answer just in time before the other person makes a withdrawal.

The reversal feature, which enables you to reverse any MoMo transactions is made possible by just dialing a few numbers and following the prompts. However, even though it’s an amazing solution, it comes with some conditions which are to be meant before you can make use of the service.

To successfully make use of MTN’s Kola Reverse option, the money that was sent to a wrong number must not have been withdrawn from the recipient’s account via a MoMo (mobile money) agent. MTN also stated that the other condition that makes it possible for one to use their new service is if the recipient has a loan with the company via their MoMo advance.

MoMo Advance is one of MTN’s services that enable their customers to access advanced mobile money funds that they can use to complete their MoMo transactions and pay back later.

How to Use MTN Kola Reverse

Previously, to reverse a transaction one had to call customer care or reach out to them via social media to help resolve the issue. Fortunately, the Kola Reverse service allows users to reserve mobile money transactions easily by just dialing *165*8*7#.

Once you have dialed *165*8*7#, you are presented with a list of your last three transactions. You then select the number that correlates with the transaction you want reverted and that’s it. Within a short time, the money is returned to your account. However, remember that in order to take advantage of this feature, one has to be quick so that the wrong recipient doesn’t withdraw the funds immediately. 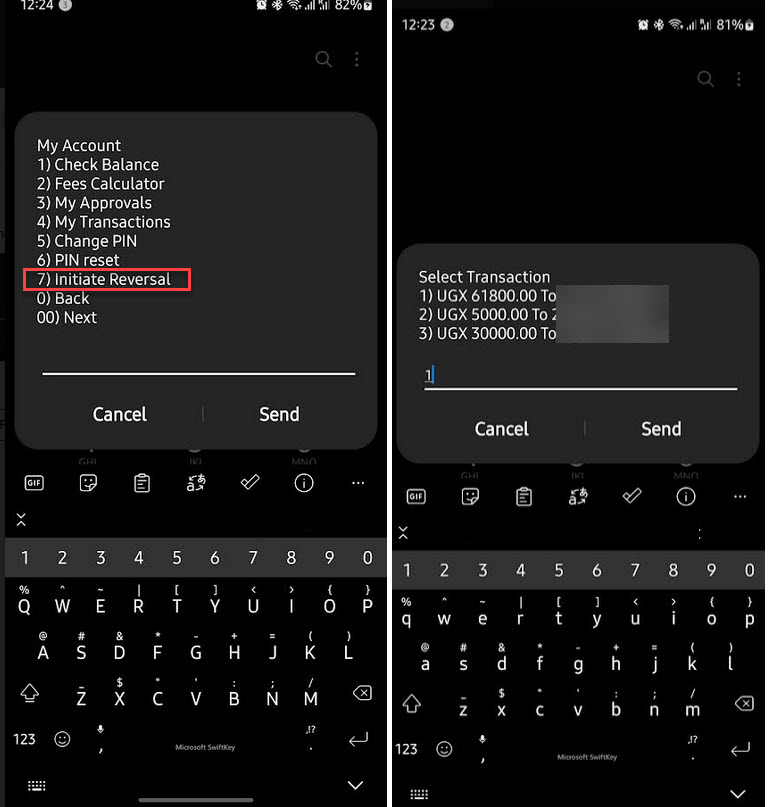 Alternatively, you can dial *165*8*7# to immediately initiate a reversal for the transaction you want, which is also a quick way to get things done. One should note that transactions charges will still apply while using the feature.

Subscribe to our newsletter and learn about the latest hottest music, lyrics, and lugambo of the week!